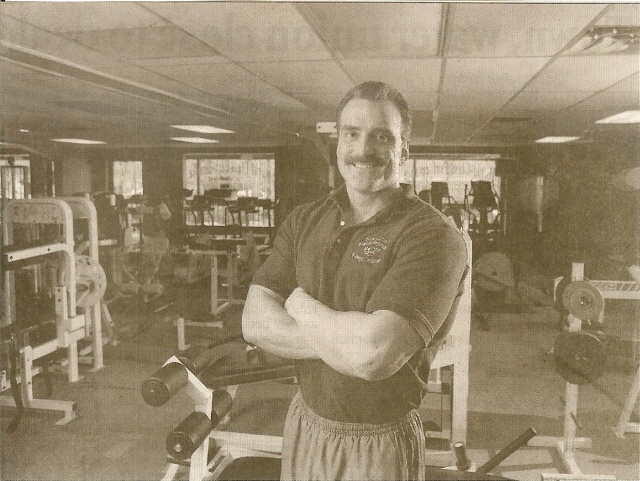 SEYMOUR - A steady diet of chicken, whole­wheat pasta and a rigid regime at the gym helped a local man muscle his way to a state bodybuilding championship.

The event, which drew 65 contestants from across the state, was held Nov. 18 at Harnden High School and presented by Mike Katz Sr., a for­mer "Mr. Olympia" who was featured in Arnold Schwarzenegger's 1977 bodybuilding flick, "Pumping Iron'."

The win qualifies MacConnie, a certified fitness trainer and specialist in performance nutrition, for the 2008 nationals.

If he succeeds, MacConnie will have a shot at the International Federation of Bodybuilders com­petition, the granddaddy of them all, whose past champions include Schwarzenegger.

MacConnie, 41, has been involved in bodybuild­ing for 25 years. He competed during his early 20s but never landed a title.

It wasn't until after he realized his dream of owning his own gym that MacConnie decided to get back into the competitive show circuit.

"I knew if I trained hard enough it would bring some notoriety to the gym," MacConnie said.

MacConnie began beefing up his diet and exercise routine 11 months before the event, eating a 4,000-calorie-a-day diet packed with proteins, car­bohydrates and low fat.

He trained hard four days a week in his own 4,000-square foot gym.

As the competition neared, MacConnie reduced his caloric intake, increased his cardio and weight­lifting workouts and got his 6-foot-3-inch, 235­ pound frame into the best shape of his life. Head­ing into competition, MacConnie had just 3 per­cent body fat.

Always interested in physical fitness, MacCon­nie honed his craft in the late 1980s at the Joe Weider Professional Bodybuilding Camp in Cali­fornia, where he trained with some of the indus­try's top pro bodybuilders and was schooled in nutrition and strength training by the country's leading experts.

MacConnie, a graduate of Seymour High School and Southern Connecticut State University, where he played football, ran his own financial servic­es business for several years and most recently worked as a personal trainer before buying the gym.

One of Fitness Zone's regulars, John Danielecki of Derby, was pumped when he learned of MacConnie's recent accomplishment.

"I'm very impressed with what he did, and it gives a lot of us encouragement, especially in our 40s," Danielecki said. "He's a professional, and he lives what he teach­es. "MacConnie can be reached at www.worldclass­performance.net or 203-881-0685.